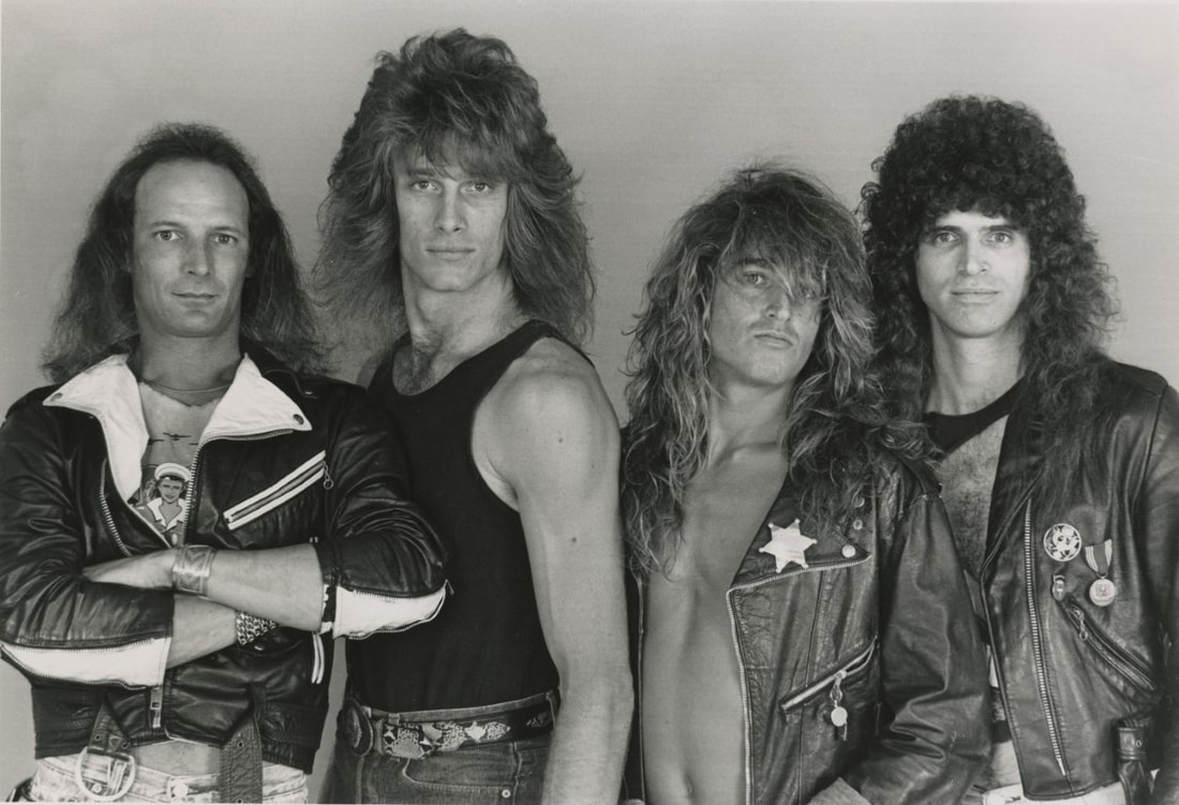 ​​Michael Hernandez (STEEL TEAR, AERIAL, SEDUCER, LOST CITY, SHOCK CIRCUS, DOG MAFIA) was born in Ogden Utah on June 20, 1964. Mike grew up loving music and it was artists such as Ted Nugent and Aerosmith that inspired Mike to pursue a life of rock ‘n roll. As a teenager in the early ‘80s, Mike would go see some of the top local acts (THE TOOLS, MANNEQUIN, THE JACK) as they played the Salt Lake circuits. Many of the members of these top bands took notice of Mike and knew he would one day be a rockstar. Danny Dickman (lead guitarist for THE TOOLS) said “Mike was the cutest little shit that came to our shows and I knew he would eventually become a dynamic frontman.” Mark Morrison (THE JACK, VICE, HARLOT) thought of Mike when he formed his band VICE, and later reflected, “Mike was this cute little singer that all the ladies loved, and I knew he’d draw a big crowd, but Mike’s glam style vocals just weren’t quite the sound VICE was looking for.” But Mark knew Mike would make it fronting a band that fit that vocal style.

Mike joined up with a band called STEEL TEAR in 1984 with future LIXX bassist Mark Heasley. STEEL TEAR cut a demo, but shortly disbanded due to creative differences. Mike was on the hunt to front a new band when he found an ad at a local music shop for a band called WEDGE and they were looking for a new singer. Mike called them up and tried out. As a result, Mike was asked to join. At the time Mike was working at the Cottonwood Ski Connection and he arranged to have the band practice there, but they had to wait to practice until after the neighboring Baskin Robins restaurant closed. While doing some paperwork, Mike noticed a Snowbird poster that said, “Aerial Tram.” Mike thought that the name “Aerial” would be a great name for his band. He quickly convinced the rest of the guys that the name WEDGE wasn’t going to cut it, and they changed the name to AERIAL.

AERIAL consisted of Mike on vocals, Paul Watson on guitar, Chris Doman (ANTIX) on bass, Chad Bennet on drums and Kent Burk on keyboards. The band began to playout locally with their first show at R Comforts in 1985. However, Paul Watson soon moved away, and the rest of the band fizzled out. Mike was on the hunt for some new musicians to keep AERIAL alive. Mike recruited Rod Merrill (OBSESSION, DARK HAVEN), Darren Palacios on guitars and Darrin Coss on drums. But this version of AERIAL was short lived too, and Mike had to bring in all new members again. Mike first invited his old band-mate in STEEL TEAR, Jeff Varner, as well as Scott Kelsch to play guitar. Mike added Brent Parkin on drums and Gary Galvin (CIRKUS, OUTSIDE INFINITY) on bass. After playing the local scene for a while, the band began to have some inner conflict and decided to part ways. Mike went on to join the Utah-based band SEDUCER which featured Perry “Tazman” Murphy (HARD KNOX) on guitar, Todd O’Brian (ANGEL REIGN) on bass and Garren Godferson (KIDD BLAST) on drums. Mike eventually convinced the band to change its name to AERIAL. The rest of the band agreed with the name change and AERIAL was back in action.

In 1987, AERIAL began to get some local attention and attendance at concerts started to increase. Mike thought it was time to bring in another guitar player to add to the band’s guitar-driven music. Mike invited a previous member, Jeff Varner, but the tension between Jeff and Perry was quickly evident. Perry left AERIAL and moved on to HARD KNOX where he found some success. While AERIAL searched for another guitarist, the band members began to grow apart and parted ways. Mike refused to give up on AERIAL and completely reinvented the band with a new line-up consisting of Tim McLaughlin (URBAN BLEU) on bass, Danny Robbins (URBAN BLEU, COLT 46) on drums, Brent James and Joe Bertagnolli on guitars. This was the first touring lineup for AERIAL, but they realized that many of the shows were booked in bars and Tim McLaughlin was underage. This forced AERIAL to let Tim go and they were on the lookout for another bassist. Mike ran into Timmy “Champagne” White (HARD RYDE, AERIAL, CHAMPAGNE, MEGATTACK) who was the bassist in rival band HARD RYDE. Mike suggested that Timmy should leave his band and come join him in a real band. Timmy Joined up with Mike and the band was back to playing live shows in front of packed clubs. But as fate guessed it, this version of the band was also short-lived. Mike and Tim were now on the hunt to find some musicians that would have the same passion and desire for AERIAL’s success as they had. Tim called up his old HARD RYDE band-mates, guitarist Clint Moss (MAD RACKET, HARD RYDE, AERIAL) and drummer Rob Tucker (HARD RYDE, CHAMPAGNE) and asked them to join AERIAL. They agreed, and the band was ready to get serious and lay down some topnotch songs. 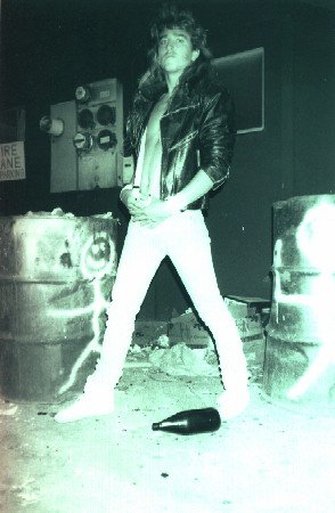 It was in July 2007 when AERIAL accomplished one of its proudest moments as Mike Hernandez was able to play a huge show in front of his hometown of Ogden. AERIAL opened the show for L.A. GUNS, FIREHOUSE and WARRANT at the Ogden Amphitheatre. The crowd loved having Mike back in town for such an event and they cheered on their hometown hero as he belted out some of AERIAL’s classic tunes. In 2008, AERIAL entered Counterpoint Studios to record their most popular songs (many that had never been recorded previously) in the release “Reentry.” The band continued to play live and draw a great crowd. Sadly, on November 14, 2008, Timmy “Champagne” White passed away. This was a very sad and somber time for AERIAL and the entire Salt Lake music community as they mourned the loss of a true legend. Timmy was loved by everyone and he never had a bad thing to say about anyone. Timmy will always be loved and missed. This album (Crazy Over You) is dedicated to the loving memory of Timmy “Champagne” White.

Shortly after Timmy’s passing, Jimmy departed the band to focus on heavier music. Mike did not want to give up on AERIAL and he brought in Wendy White (Timmy’s wife) on bass alongside Jon Ward (ANTIX, RELOADED) until she learned the music. Mike also brought in Kurt Johnson (VAMP, HARLOT, DOGS DAY, ASPHALT JUNGLE, AERIAL) and his son Randy both on guitar.

Though AERIAL has gone through numerous lineup changes, the band has always been true to the melodic hard rock and metal sound that fans have always loved. AERIAL released the album “Mean Little Kid” in 2013 and has continued playing out and bringing in the crowds.